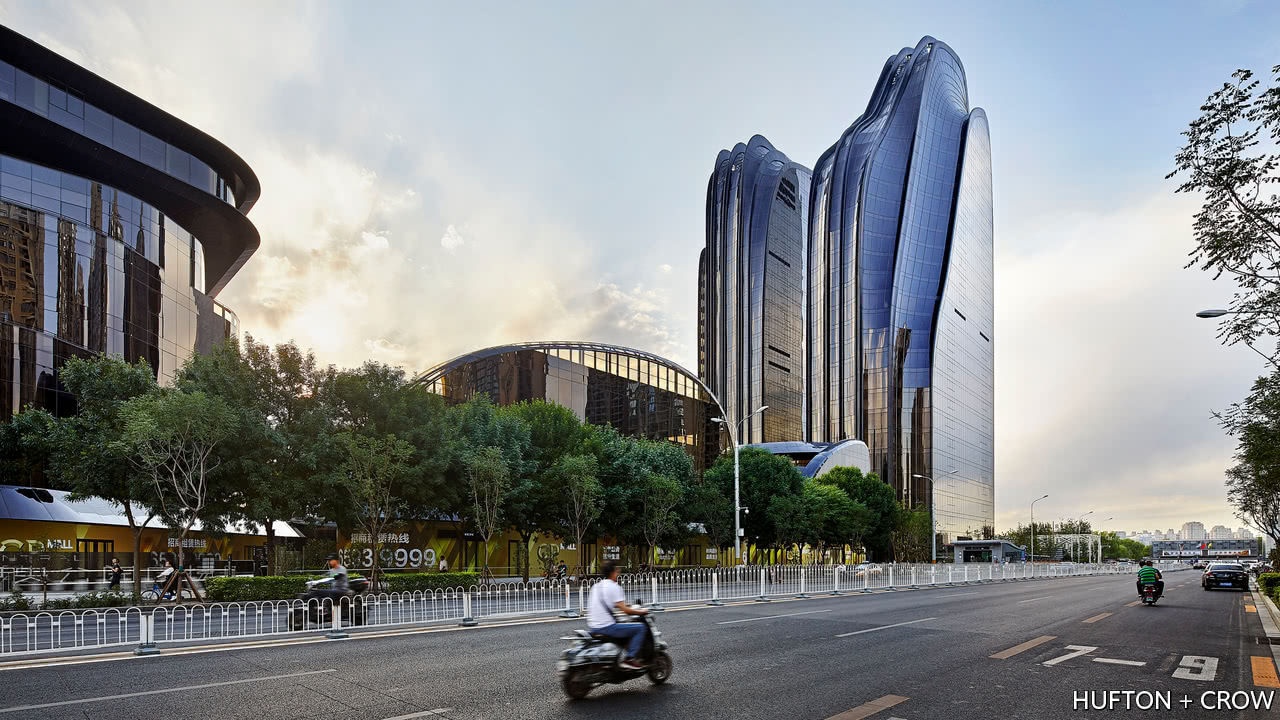 ACCORDING to the country’s National Bureau of Statistics, China’s urban population density almost tripled between 2005 and 2014. This rush to the cities has been made possible in part by the quick construction of concrete, uniform, faceless high-rise apartments. Architects wishing to make their mark have turned to designing luxury developments or new cultural and commercial centres. These dynamic creations break up the monotonous urban landscape, lending an identity to places which were villages only years before.

Extraordinary examples of architectural exuberance abound. The National Performing Arts Centre near Tiananmen Square in Beijing, Paul Andreu’s titanium ovoid (it is nicknamed the “Big Egg”), is arguably the most significant. Built on a historic—and sensitive—site near the symbolic heart of the modern Chinese state, it sanctioned the use of expressive modern architecture in the country. Stunning examples followed, notably the floral forms of Guangzhou Opera House, designed by Zaha Hadid Architects, and the…Continue reading
Source: Economist
The beginning of the end of China’s “weird architecture”

Announce your *real* genetic makeup with the 23andMe meme