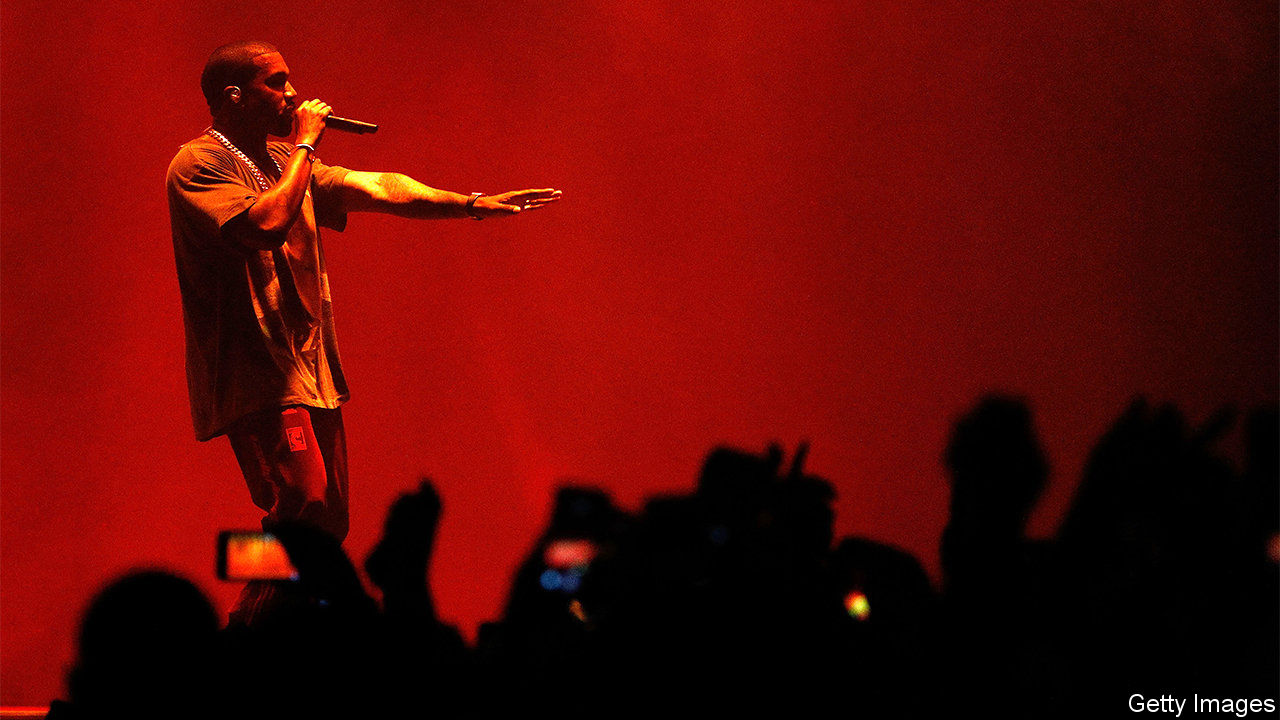 IT IS easy to forget how deeply the world reviled Kanye West in 2009. He had committed what seemed at the time a virtuoso act of indecency at an awards show, interrupting a 19-year-old singer accepting a prize to tell her “Imma let you finish” before letting everyone know that a more deserving winner was sitting in the audience. Media commentators spent weeks bashing Mr West for his rudeness. He was forced to cancel an upcoming tour. A reality-TV star named Donald Trump urged a boycott on all things West “so that this kind of thing doesn’t happen again”.

But like it or not, pop culture’s worst sinners are always only one artistic statement away from redemption. Mr West spent months in “self-imposed exile” in Hawaii and the ensuing album, “My Beautiful Dark Twisted Fantasy” (2010) is regarded by many as the finest of this decade. Its emotional centrepiece, “Runaway”, spelled out the price of flawed genius: “now pick your next move, you can leave or live with it.” With the heights of his ambitions surpassing the weight…Continue reading
Source: Economist
Kanye West’s failed redemption

Landmarks around the world light up for International Women's Day

Student brings record player to exam to get around phone ban, aces the test

A teen fiction sensation about race and police brutality